Čezeta (pronounced Chuh-zeh-tuh) was conceived in 1950's Czechoslovakia as the Communist world's eccentric interpretation of the scooter phenomenon. Just for fun, they made it look like a spaceship.

Launched in 1957, Čezeta picked up its styling from the fashionable space age look of the time. It's designer was Jaroslav František Koch - a renowned racer and engineer and something of a genius in Czechoslovak motorcycles. He called his first Čezeta scooter the 'Type 501' and it was hailed as an instant classic of the so-called 'Brussels' design movement.

It's missile shape exuded sass and sex appeal and made it a massive hit. Over 120,000 have gone to fans from Cuba to Vietnam as the series developed into further models. If it was possible to capture all the excitement of Sputnik, Gagarin and all the modernist wonders of the post war period then this was it. Home in Prague, it got the nickname The Pig... that's not an insult, we Czechs really love pigs.

The latest Čezeta is the 'Type 506', which was developed and launched in 2018 . It has minimum changes from the original design, only it's now using electric power for more fun and easier use. The first-series Type 506 is a special-limited edition of 60 bikes, making it perhaps the world's rarest electric scooter. 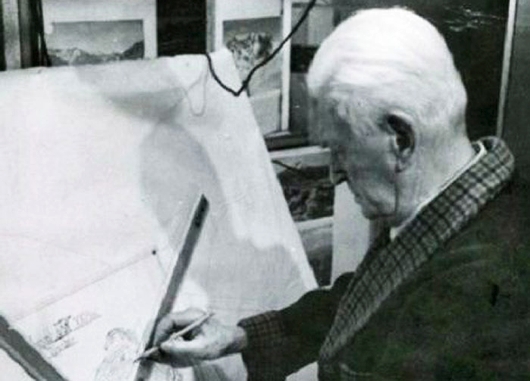 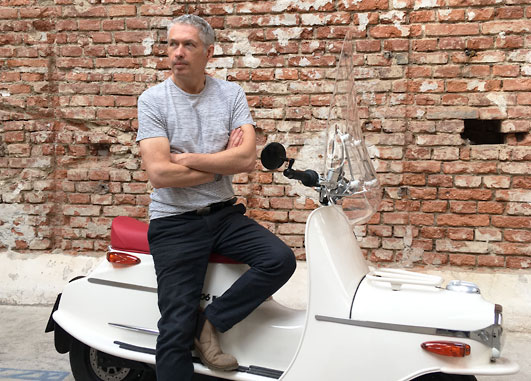 I Love Pigs too 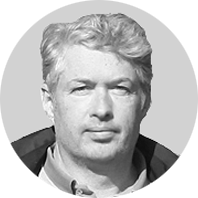 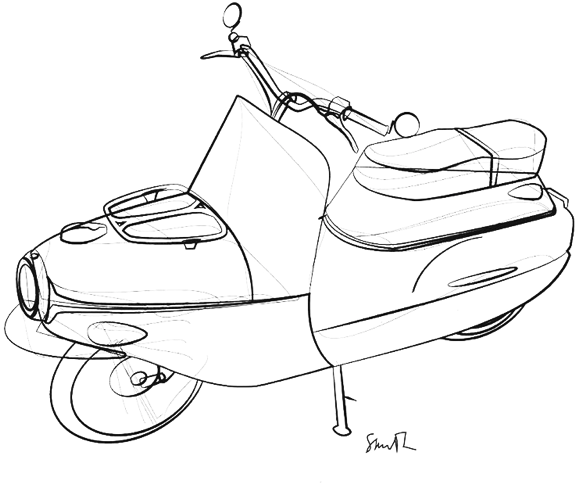 "Moving from Britain to the Czech Republic I still remember seeing it for the first time in Prague. What the f*ck is that? I thought. It's really a strange and wonderful missile on wheels. If you believe it is possible to be seduced by a scooter then this was The One. I had to have it.

Then some kind of obsession took over me and eventually I somehow ended up making Čezeta again as a sort of business making gadgets as works of art. For thousands of Čezeta owners around the world, I wish you fun rides and lots of conversations with strangers explaining what the f*ck it is."

Our showroom is located in the centre of Prague in the 'old town' of Prague. Thanks to the many years of collective experience held by our team, both in the mastery of the Traditional Methods of Craftsmanship that are employed in the engineering of these scooters, there is a Wealth of Expertise that we can share with you about your Čezeta. 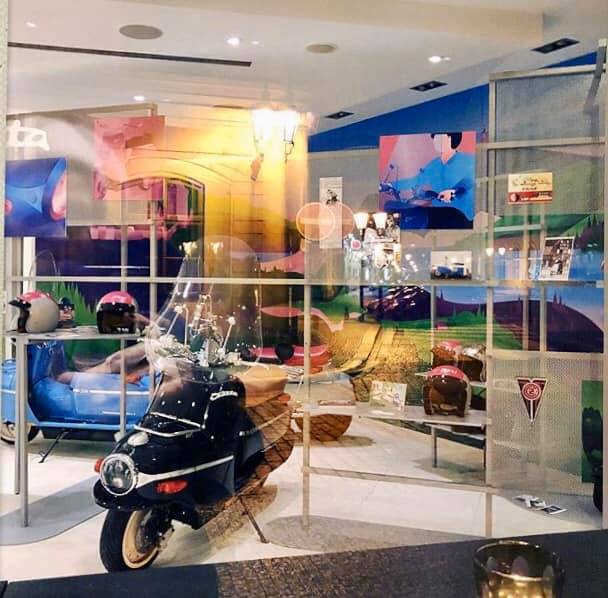 Sorry, all the first-series scooters have been sold.
If you are interested in reserving one of the planned second-series scooters, please email sales@cezeta.com

Do you want to try what it's like to ride an electric Čezeta?
Or give a friend some FUN?
You can make a reservation online below for test rides in Prague, or contact us to enquire about rentals in France, Spain, Switzerland and other countries in Europe.
We provide helmets (or bring your own). Only a car driver's licence is required. 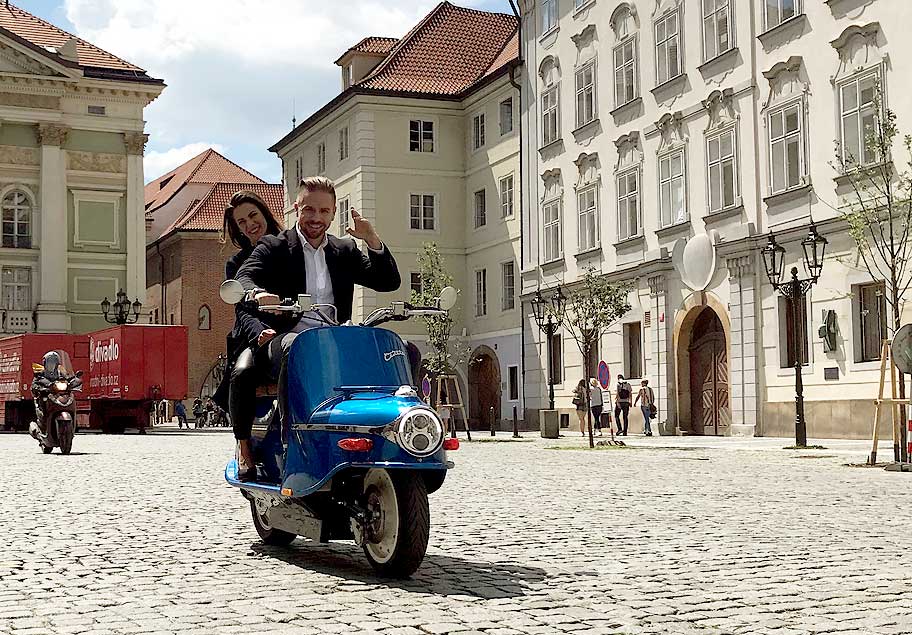 Can be guided or unguided. Please contact us by email if you have special group requests.
Rental fee is refunded upon ordering a Type 506.

Unsure about the date?

Buy a gift voucher, it can be redeemed AT ANY TIME. 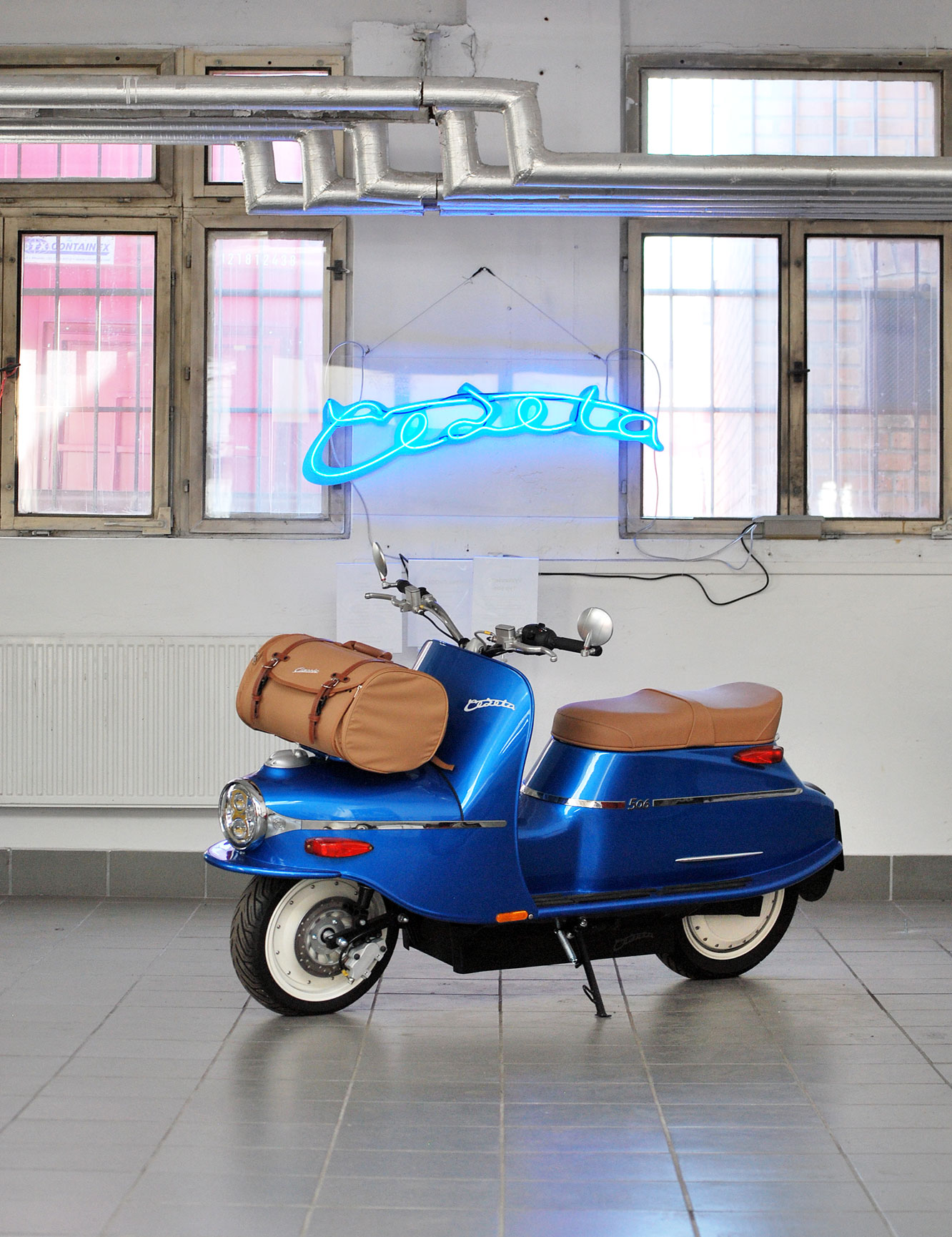 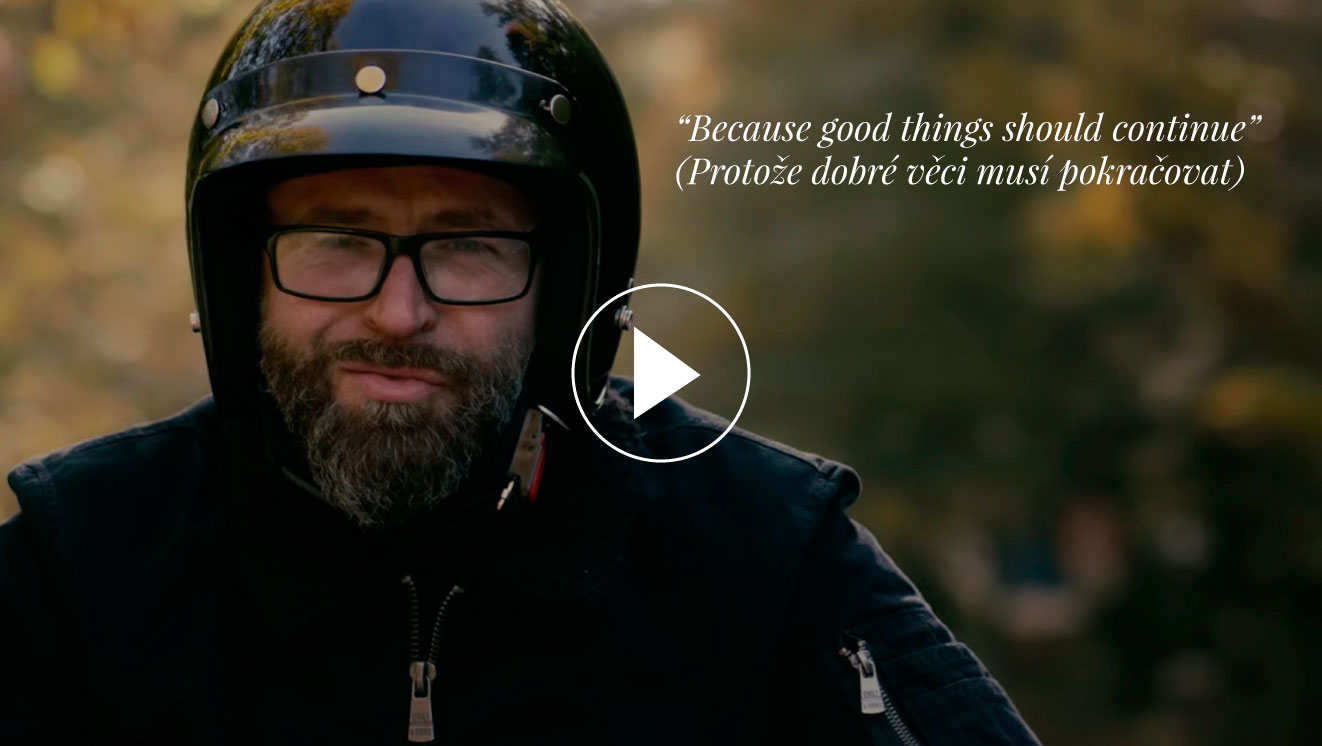 The four manufactured models of Čezeta. 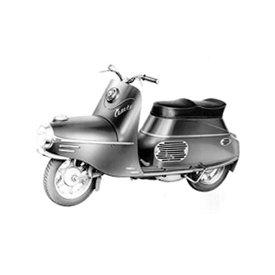 The first model, an icon of the 'Brussels style' of the time. 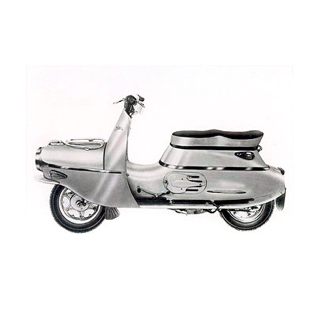 The second generation brought many new innovations, including a starter motor. 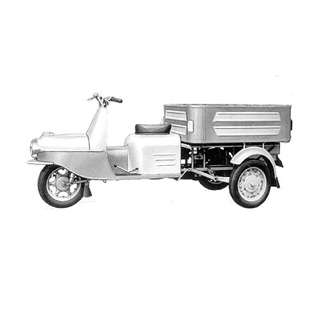 The enduring Čezeta 'rickshaw' was a long-lasting curiosity for farm workers. 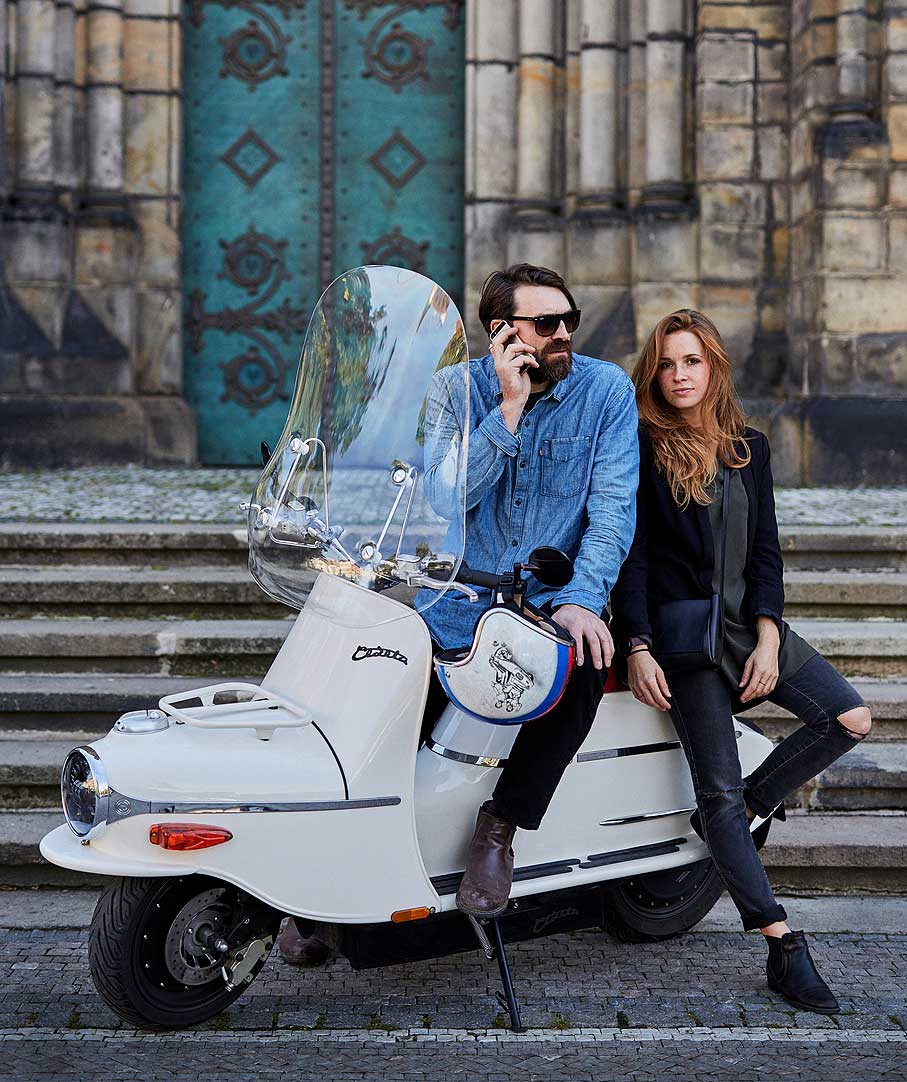 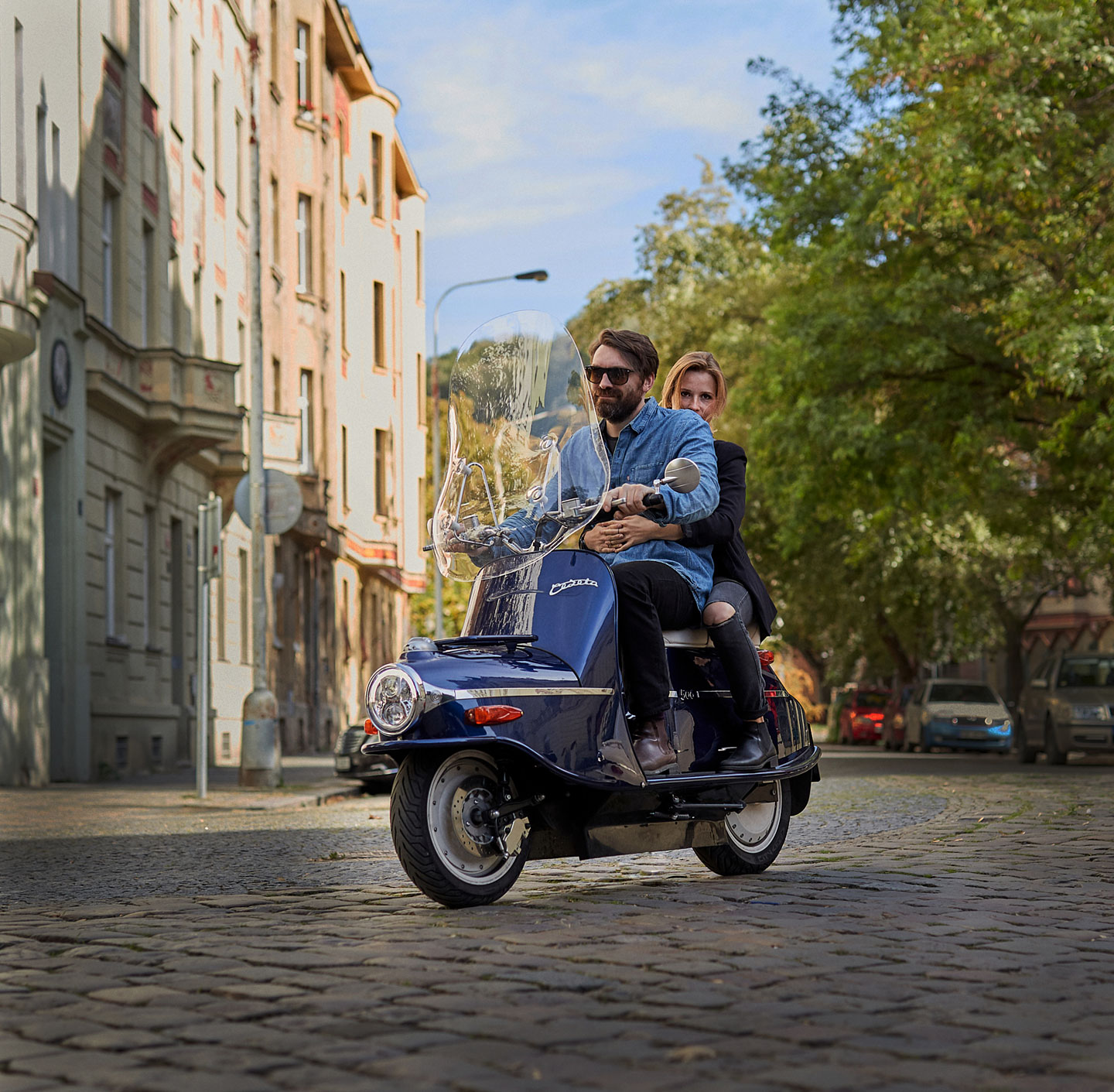 INNOVATION – ČEZETA MOTORS S.R.O. from the European Union and Czech Ministry of Industry.

The award to čezeta motors s.r.o. is for introducing product and manufacturing innovation. 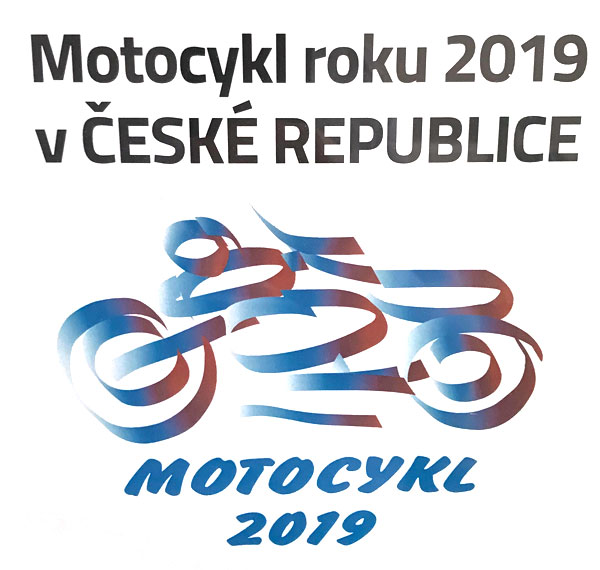